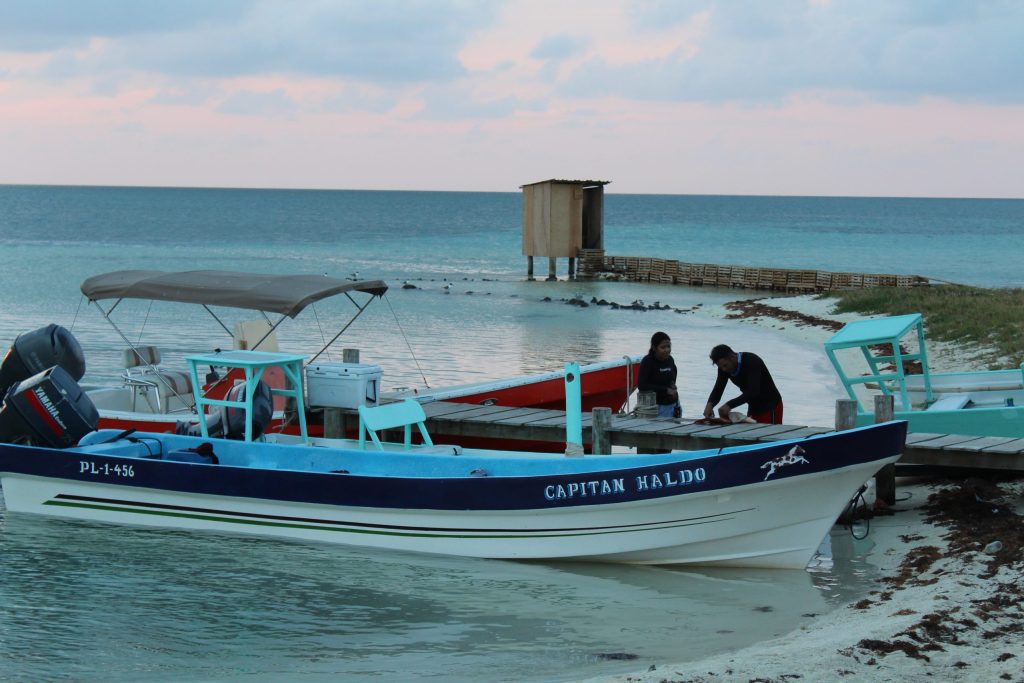 The Miskito Cays in the far eastern stretches of Honduras known as La Moskitia, represent one of the last remote marine wildernesses in the Caribbean, and as we recently discovered, a veritable “wild west”of the sea. In search of answers on the status of marine megafauna in the Caribbean’s most difficult to access areas, the MarAlliance team recently conducted an expedition to these remote and sparsely inhabited islands.

Comprised of 49 small coral islands and sandbars spanning an area of 750 square km, the Miskito Cays are located 60km from the coast and are named after the region’s indigenous population, the Miskitos, who are subsistence fishers.

We interviewed Gaby Ochoa, MarAlliance’s Honduras Country Coordinator, about the importance of the region and its marine wildlife.

Why does MarAlliance work in the Miskito Cays?

Gaby: Since 2016, our research associate Ely Augustinus ran a series of preliminary market and shark fishing surveys with Miskito fishers which all pointed to the fact that shark fishery was taking place in that area. We became very interested in collecting data in this remote area, primarily because no baseline surveys of the marine megafauna, like sharks and rays, had been done before. Previous monitoring by others was not very inclusive, which made the fishers uninterested in participating in any research. Our experience in engaging local fisher communities has helped us to be more sustainable. We have worked closely with indigenous Miskito fishers to ensure they are part of this endeavor. If you want to make an impact, you need to work alongside communities, which is why we started monitoring the life beneath the surface with these key partners on our side.

Can you draw a picture of the current situation of this reef for sharks and rays?

Gaby: The reef falls under the permanent shark sanctuary legislation, which protects both the country’s Atlantic and Pacific sharks and entered into force in 2011. Unfortunately, an amendment to this legislation in 2016, stipulates that every shark caught incidentally during fishing can be used for sale. This amendment turned into a loophole, that is becoming increasingly visual in the run up to the country’s religious festivities of the Semana Santa (holy week or Easter week). Shark meat is first salted and then dried to be sold for a popular soup during lent. From January until Easter, we noticed fisheries directly targeting endangered hammerhead sharks and boats returning daily to the fishing camps filled with over 100 sharks each. Moreover, rays do not fall under this regulation.

During the fishing season, the region’s fishermen are all out at sea. Both artisanal and industrial fisheries are active in the area; it is the artisanal fishing that is detrimental to the shark populations who are so important to the marine ecosystem.

What does our work in the area entail?

Gaby: We received the go ahead of the Consejo Consultivo of La Mosquitia, a local government agency, to do the first ever fisheries-independent baseline survey in the area. We trained local fishers how to take part in the survey. For this, we deployed 45 baited remote underwater video (BRUV) stations. It will take some time to go over all this footage, determine all the species and pin down the numbers of our first baseline survey, but I am expecting results to come out in July this year. Having watched some of the footage already, my first observation would be that this might be an area for juvenile sharks, and that it might have more shark sightings than other places surveyed in the country so far! However, proper analysis will give us a better picture.

What are the challenges for marine conservation in the Miskito Cays?

Gaby: For conservation to succeed in the area, the shark sanctuary legislation needs to be followed more closely as well as better enforced. More research is needed on which species and how many of them the fishers are actually catching. Lastly, close ongoing cooperation with the local fisher communities, the government and grassroots associations such as the Miskitu Asla Takanka are crucial to achieving success.

What is your wish for the future?

Gaby: The monitoring activities made us aware that there is much more work and research to be done. What we discovered is only the top of the iceberg. Moreover, we made community commitments to work together to better understand the status of shark fisheries and marine health. We would love to keep these commitments by continuing our work in the area.

This project is funded by Houston Zoo and Fly Fish Guanaja. 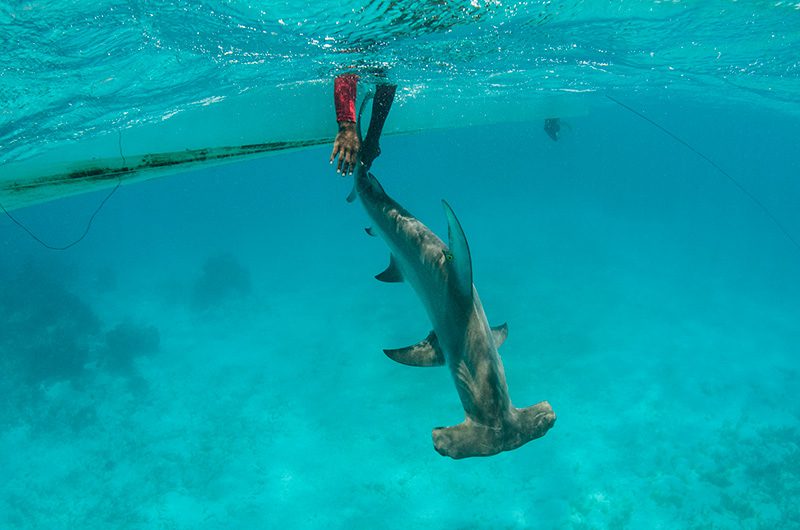 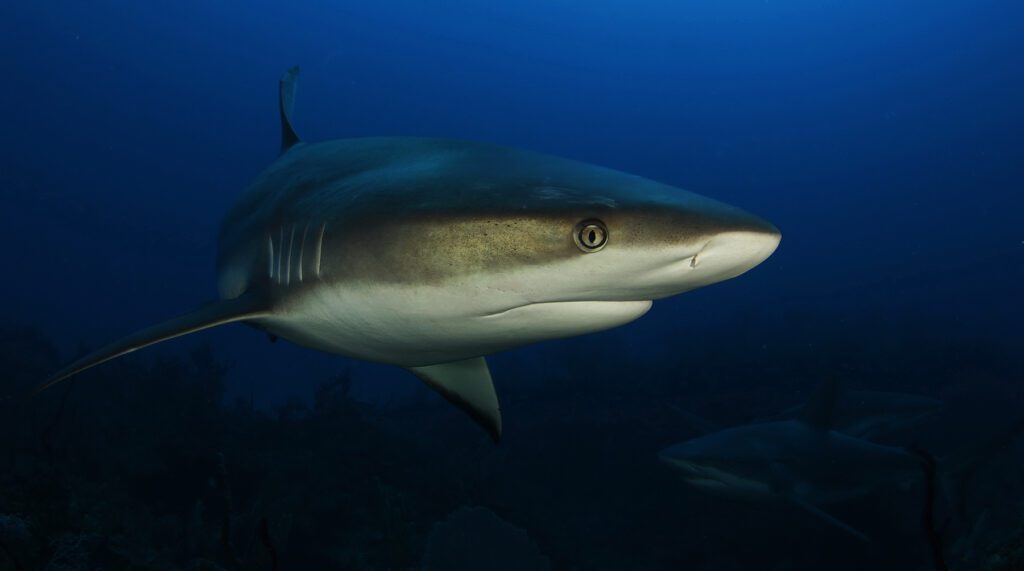 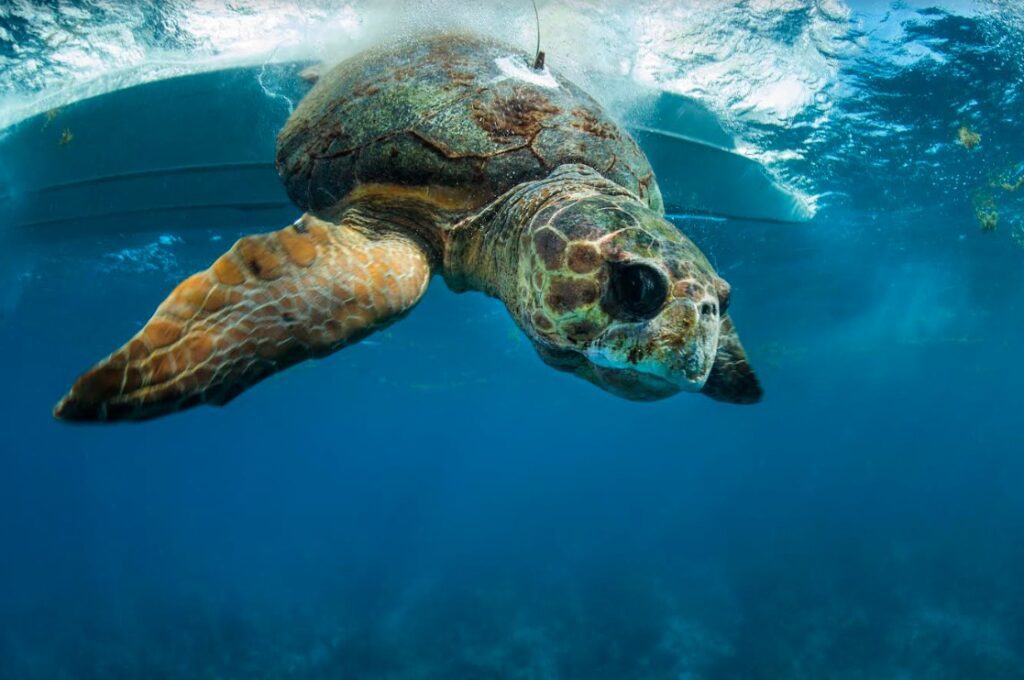